Canada’s style of government is based on the British system, with the national government run as a parliamentary democracy and a constitutional monarchy.

Canada replicates the United States at the local and regional levels. The country is divided into 13 provinces and territories (States in the case of USA), all of whom have their own separate governments with unique powers. 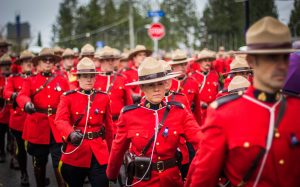 The country has 153 years of functional democracy, after the passing of the Constitution Act, occurred on July 1st, 1867.

The Canadians have been considered a free people with a government that generally respects their wishes and protects their rights something that is fundamental on the national identity.

Canada’s form of government is based on the British parliamentary system, also known as the Westminster System, a style of democracy adapted from centuries of English tradition. Canada’s founders believed the British had the best form of government in the world, and the opening lines of the Canadian constitution promise Canada will have a “Constitution similar in Principle to that of the United Kingdom.

The parliament is a bicameral legislature, meaning it’s split into two chambers: The House of Commons and the Senate. (The monarchy, technically, is also considered part of the parliament, though it does not participate in government).
The House of Commons consists of 338 elected politicians (known as MPs), while the Senate consists of 105 important people (known as senators) appointed by the prime minister.

Canadian democracy obeys a principle called responsible government, which means that the rulers of Canada are accountable to the people they govern. In practice, this means that the part of the Canadian government that is directly elected by the people, which is the House of Commons, should get to decide who holds the most important offices in that government.

The Governor General of Canada ceremonially appoints the leader of the political party that has elected the most members (MPs) to the House as prime minister, and the prime minister forms a government.

This new Government is formed by the prime minister by the appointing of other high-profile MPs from his party to key positions in the executive branch.

The second-largest political party in the House of Commons is appointed as the Official Opposition and the leader of this party have the title of Leader of the Opposition and appoints a shadow cabinet of politicians (known as critics) from her party to execute control on the new government formed.

Canada is a popular destination for international students due to its high-quality...